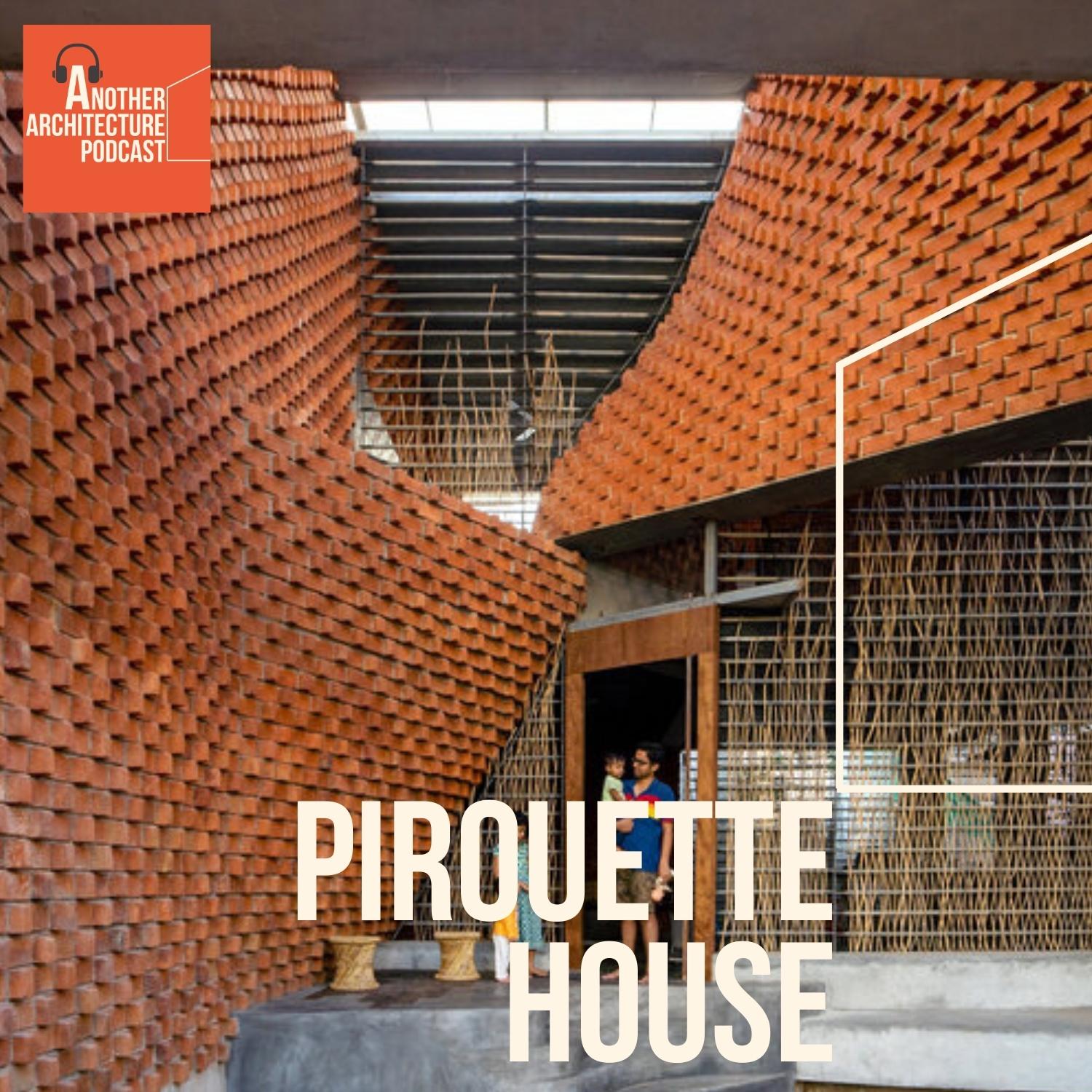 In this episode George is joined by the architect Vinu Daniel, founder of Wallmakers. They discuss Pirouette House, a stunning family home in Kerala, India.

The studio is devoted to the cause of using mud and waste to create architecture. This project was designed as a tribute to the British born Indian architect, Laurie Baker, a pioneer of sustainable and organic architecture and an architect often referred to as the ‘Ghandi of Architecture’ for the humanitarian emphasis of his work.

Pirouette house is a sculptural feat, that looks like no other house you will have seen. In the interview Vinu tells George how the twisted and undulating forms were inspired by the movements of a ballet dancer and how he arranged to re-open a disused brick Kiln for one last hurrah to create the distinctive Rat Trap Bond brick walls, a technique invented by Laurie Baker himself.

As well as his project being unique, so are Vinu’s methods and it was great finding out more about his principles, his devotion to the use of waste and to find out how he functions as a so called ‘vagabond’ architect, without an office and moving his design team from building site to building site.

At the end of the episode, George asks Vinu the three questions he asks all his podcast guests;
– what really annoys him about his home?
– what house has he visited that has really inspired him?
– and, if he could choose anyone to design him a new house, who would he choose?