Two and a Half Storey House

‘It’s a really easy family house to live in and we love being able to see our eldest son playing in his room using the hallway window. From the moment my son saw his room he loved it and will play for hours in there!’ 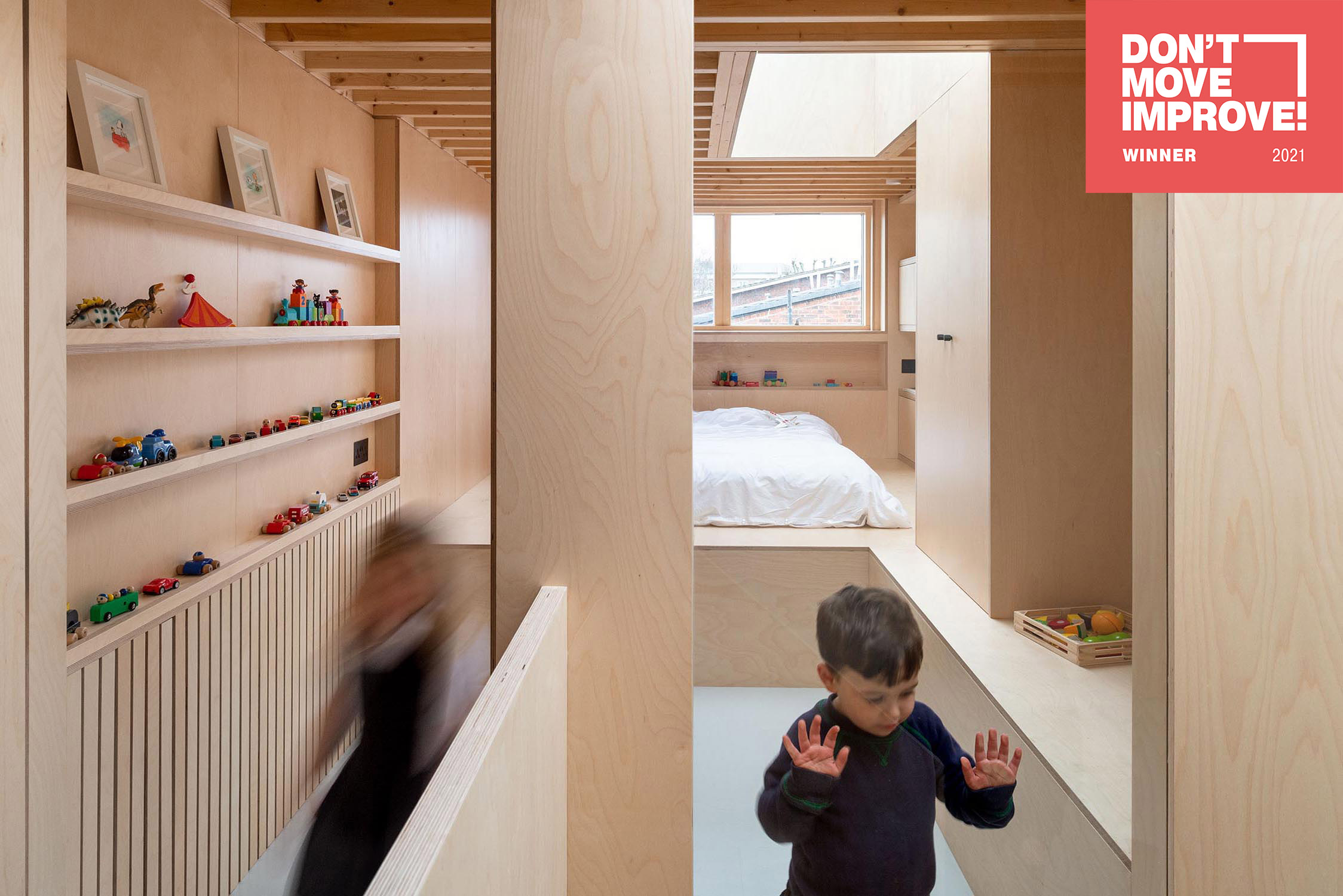 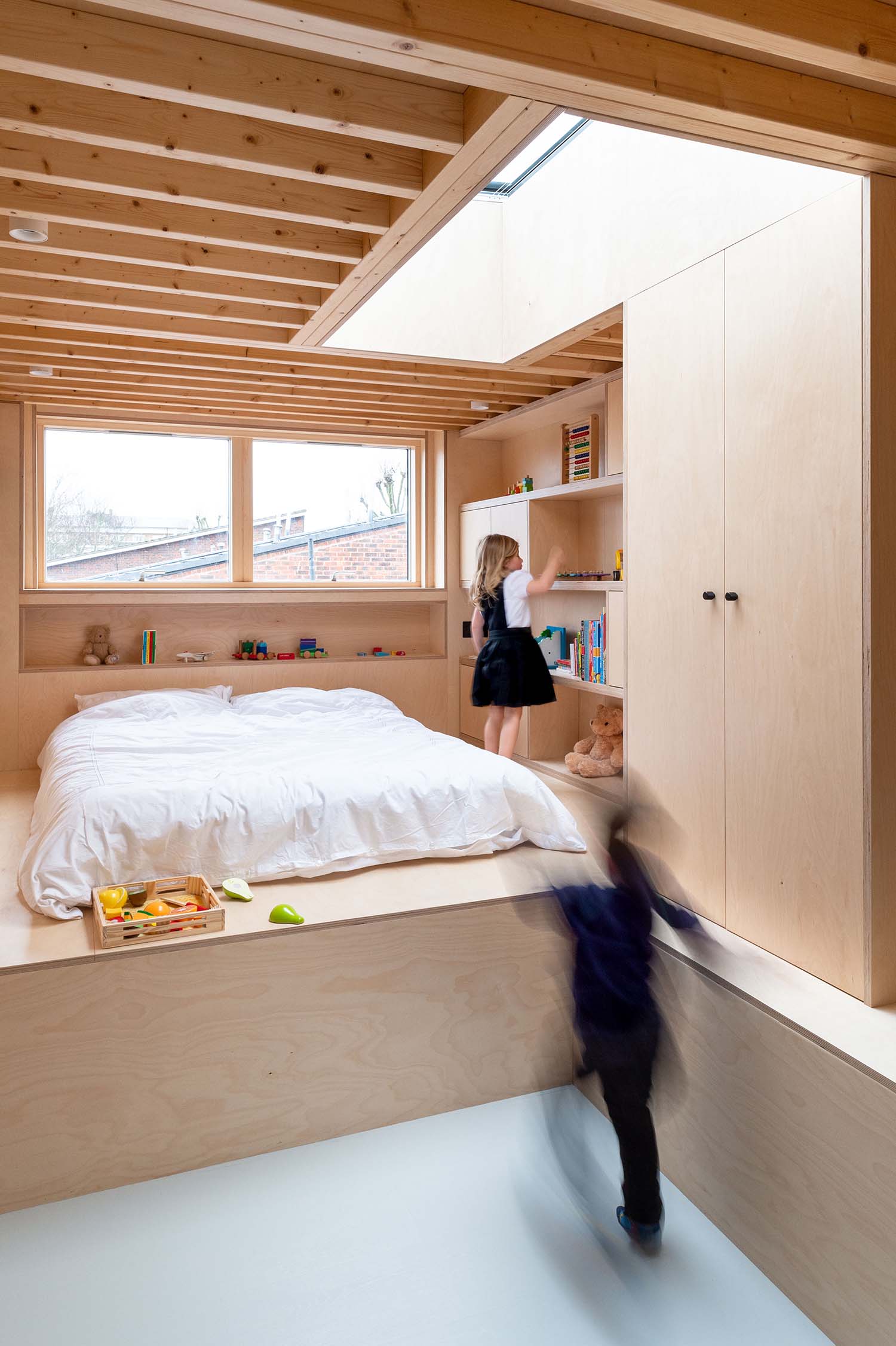 Andrew and Beth owned the existing two-storey, two-bedroom property, located on a central London Housing Estate. With a second baby on the way, they needed more space. Priced out of three-bedroom properties in the area they decided to investigate what could be done to create more space in their existing home.

Unlike other properties on the estate they were unable to secure planning permission for a single-storey loft extension. They received two planning refusals and it became clear they would not be permitted to build any higher than the highest point of their existing roof. Unfortunately for them, the lowest point of their roof was quite low.

We approached the design as an interlocking jigsaw. We knew the half height of the loft was fixed so the design was all about creating two interlocking floor levels in the space of one and half floors. We may have given less footprint, but we created more volume and an additional bedroom by using it creatively.

The whole design of the project hinged on using the ceiling of the bedroom below as a bed platform for the bedroom above, which is spacious and light due to effective use of roof windows. Integrating the bedframe into the fabric of the design allowed space to be freed up for other things such as the communal circulation spaces. Plywood unifies all the new and old spaces and helps to conceal lots of clever storage spaces. 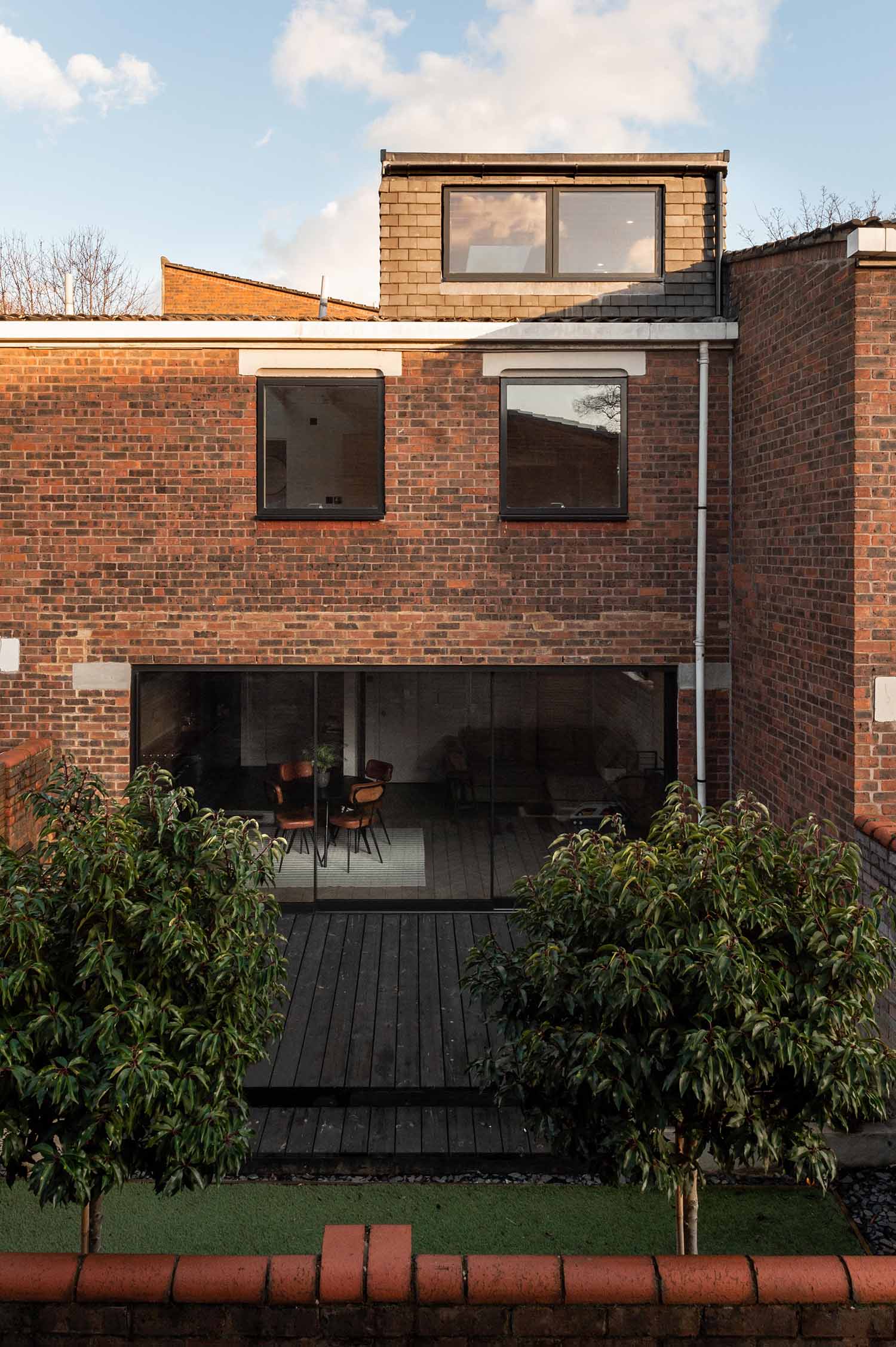 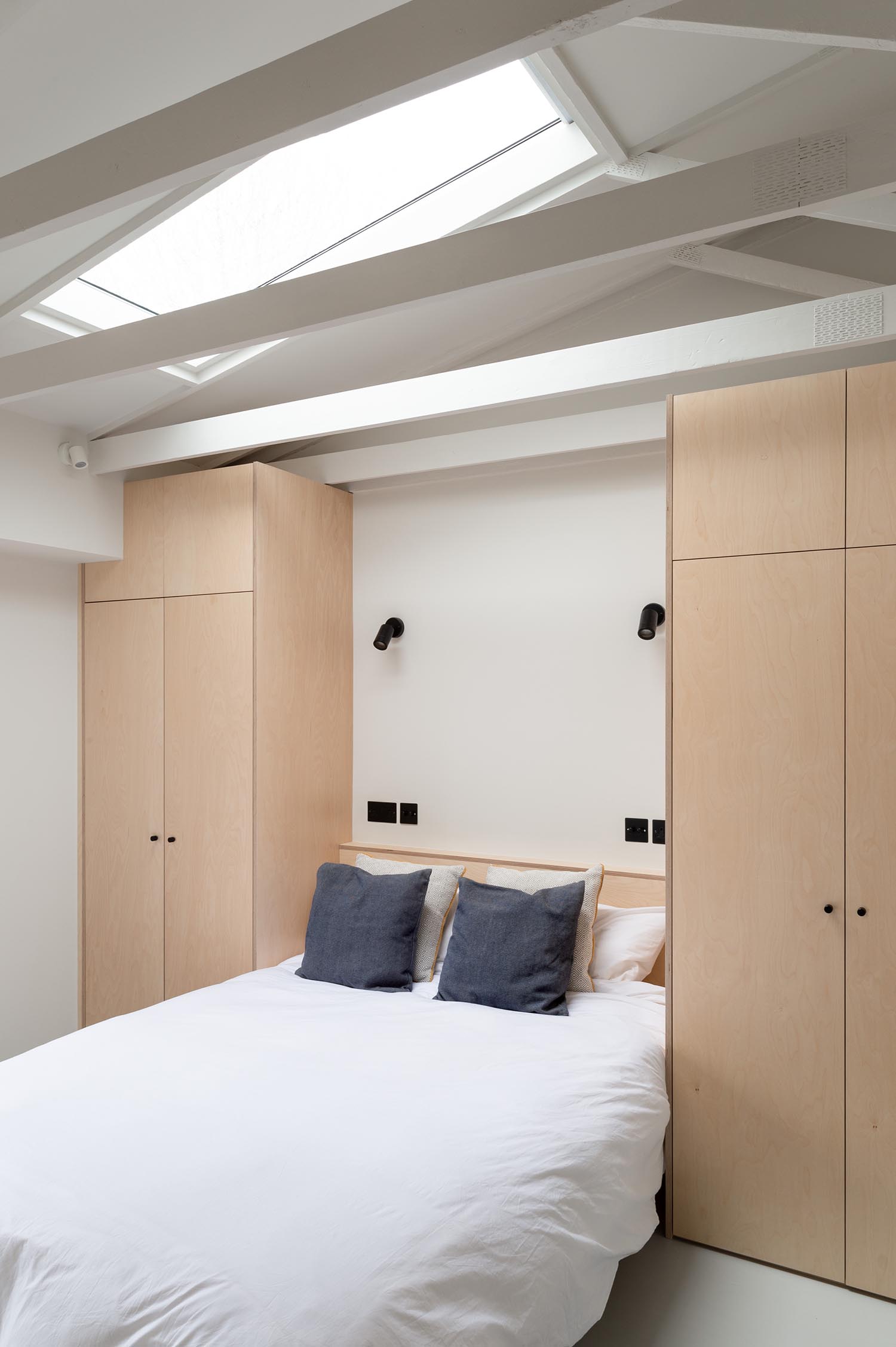 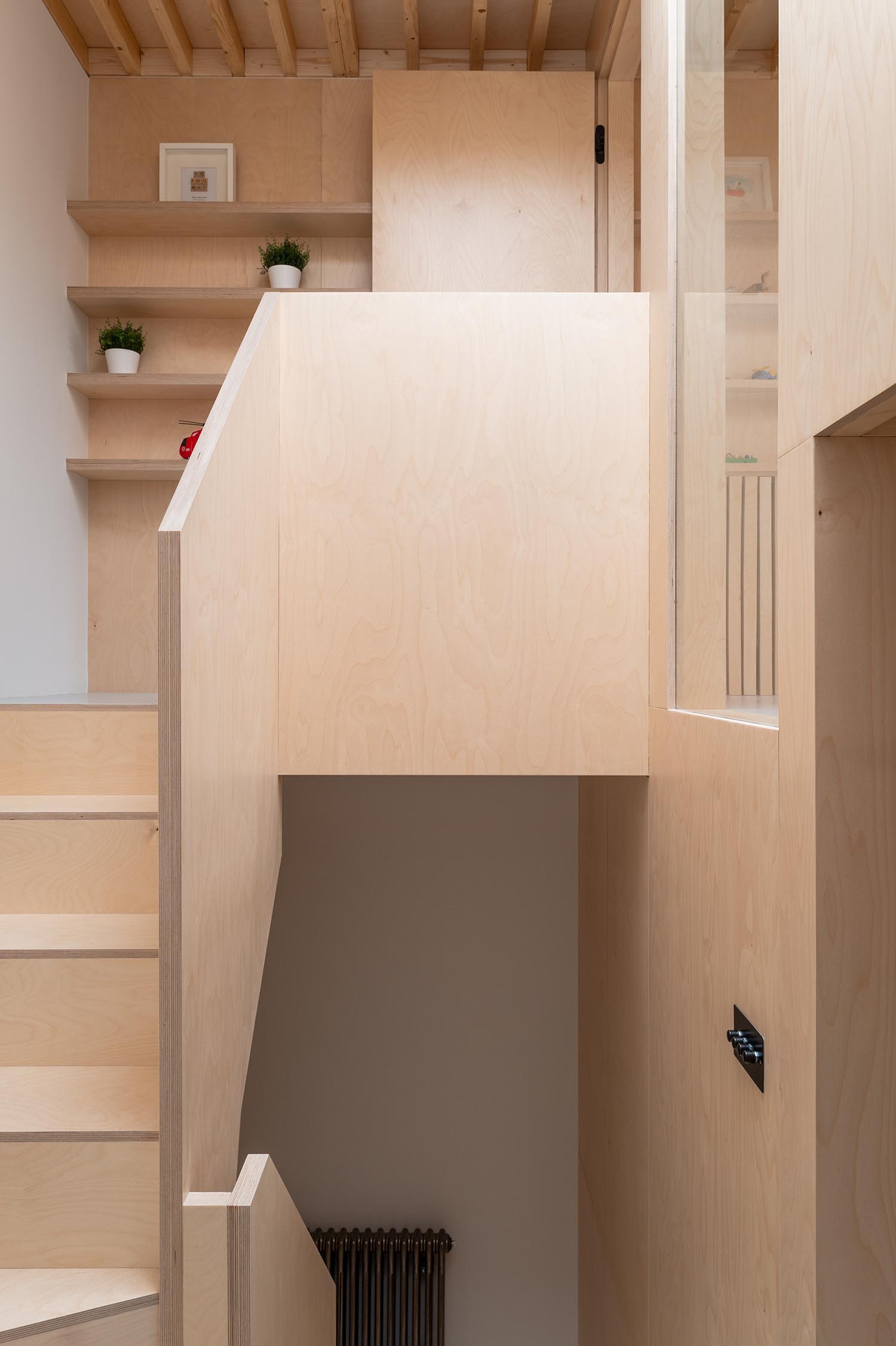 Listen to George and Ewald discuss the design on Another Architecture Podcast.

‘Working with an architect who has really thought about the detail is important. The team at BVDS created a house that we can truly live in. Every corner of the house has been considered and thought through’

Read full interview with the clients about the project here. 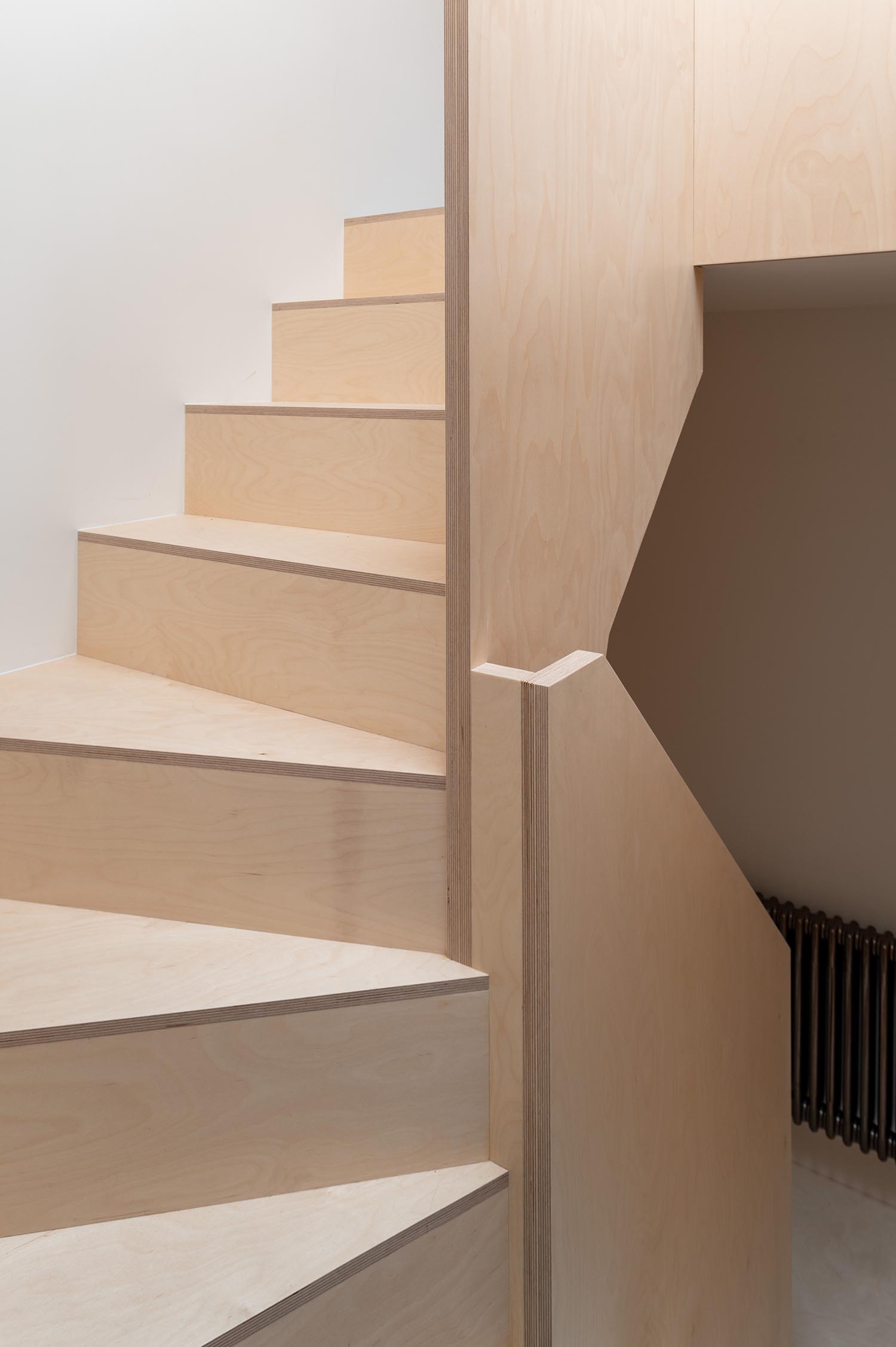 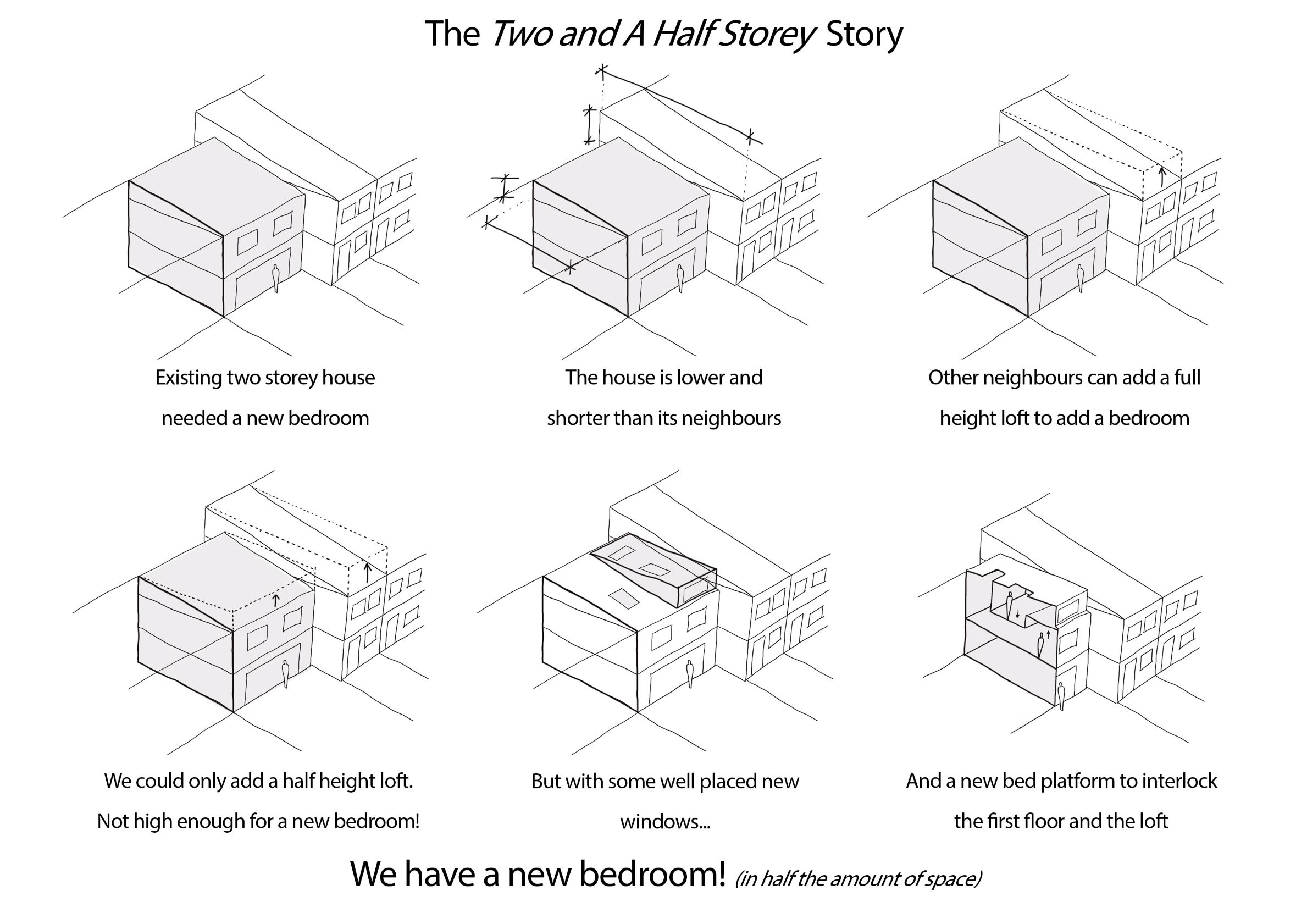 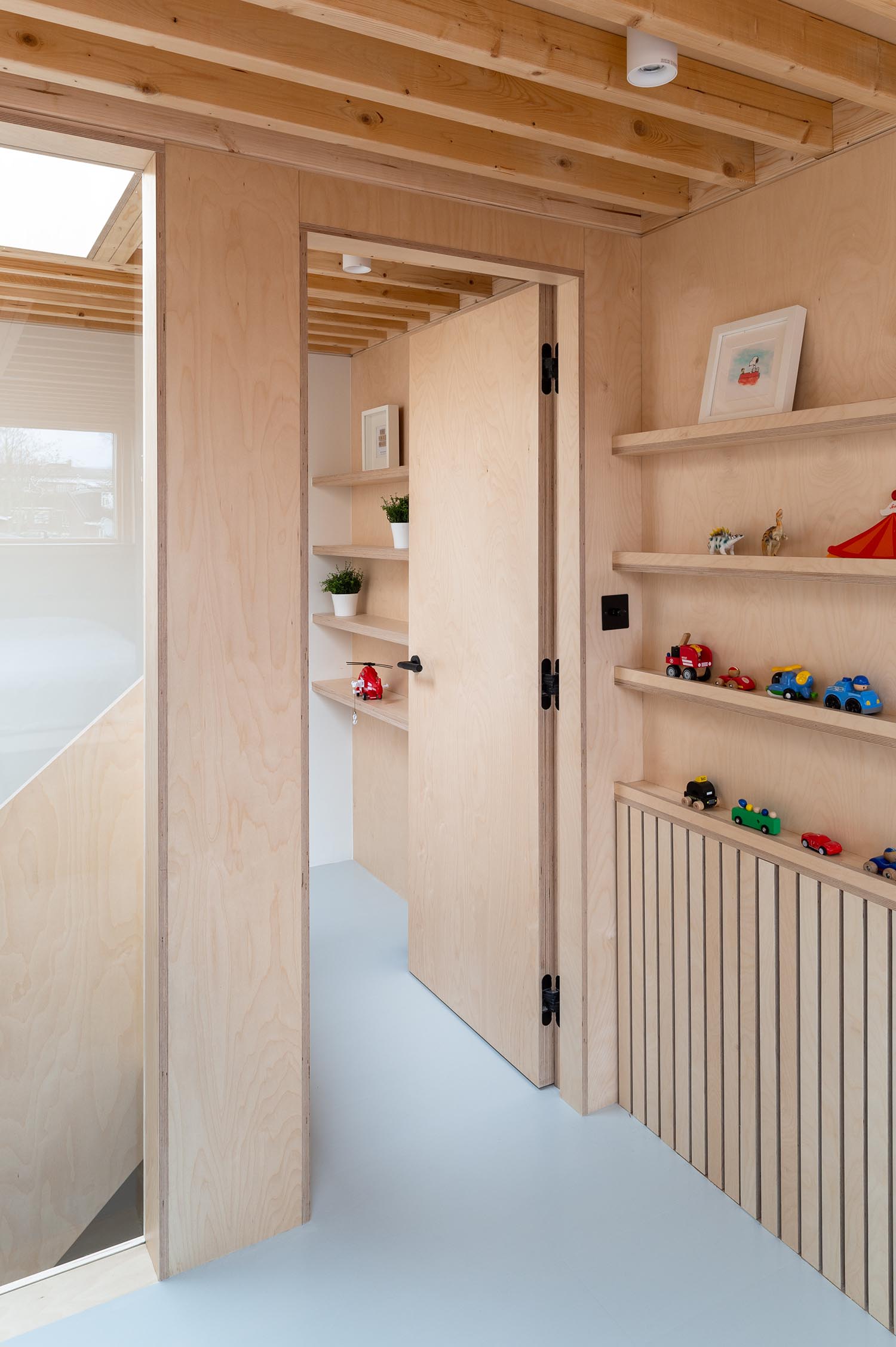 A close attention to millimetre detail ensured ceiling heights could be maximised, which included exposing structural timbers in the ceilings and using vacuum insulation panels to limit floor and roof depths.

‘I like it. It’s clever. I was in an ex-council house before the one I am in now and it is the sort of thinking I could have really done with’ 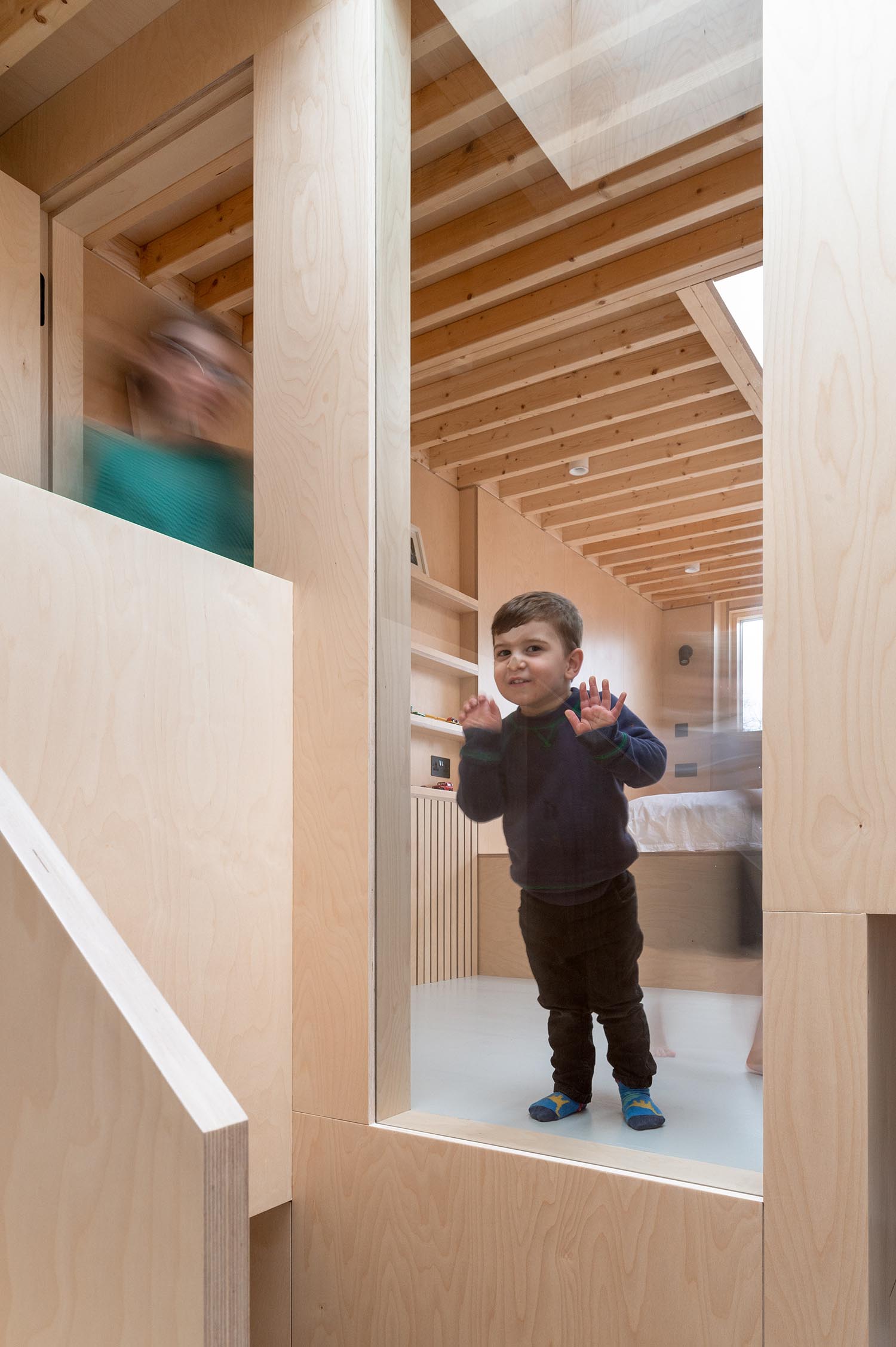 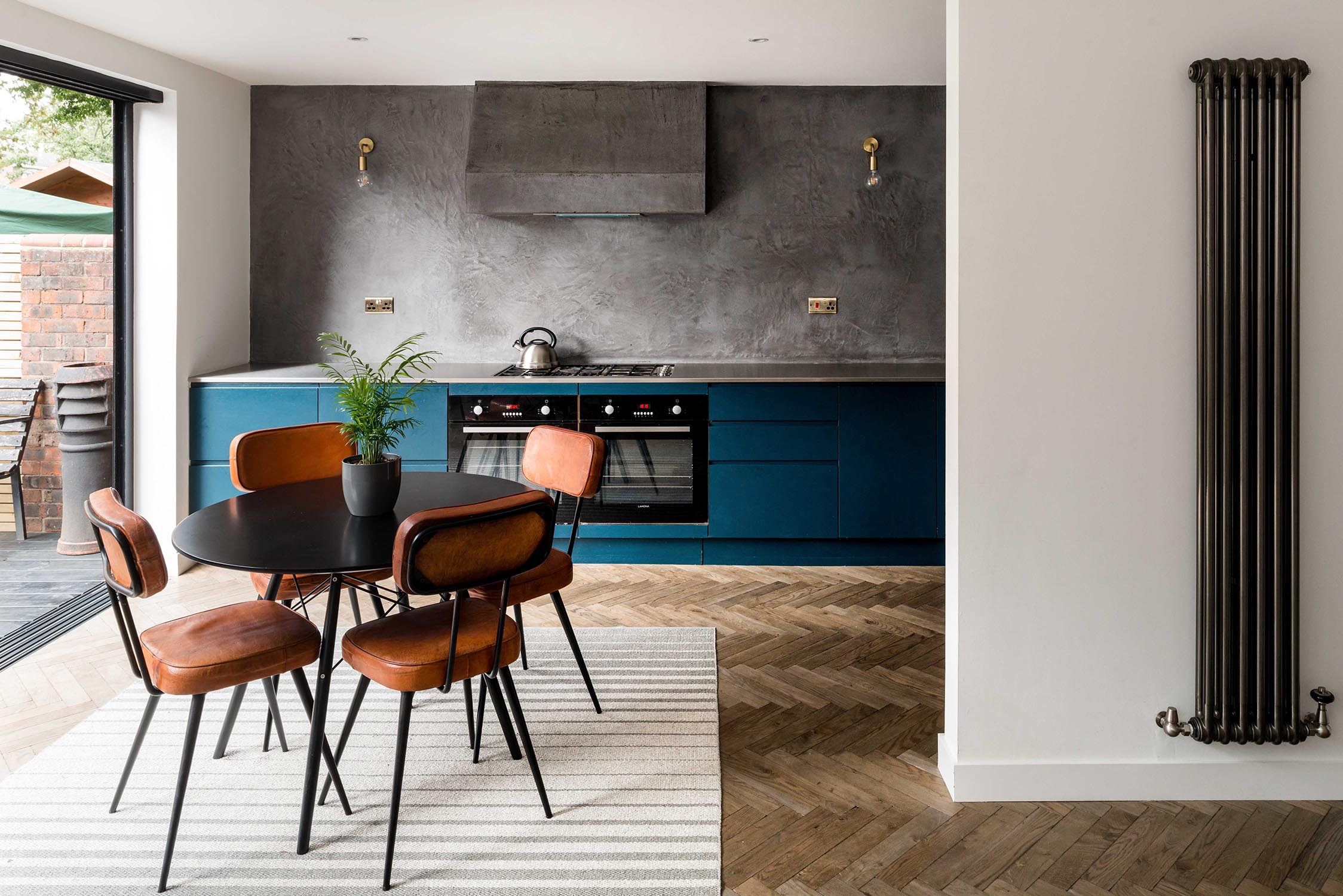 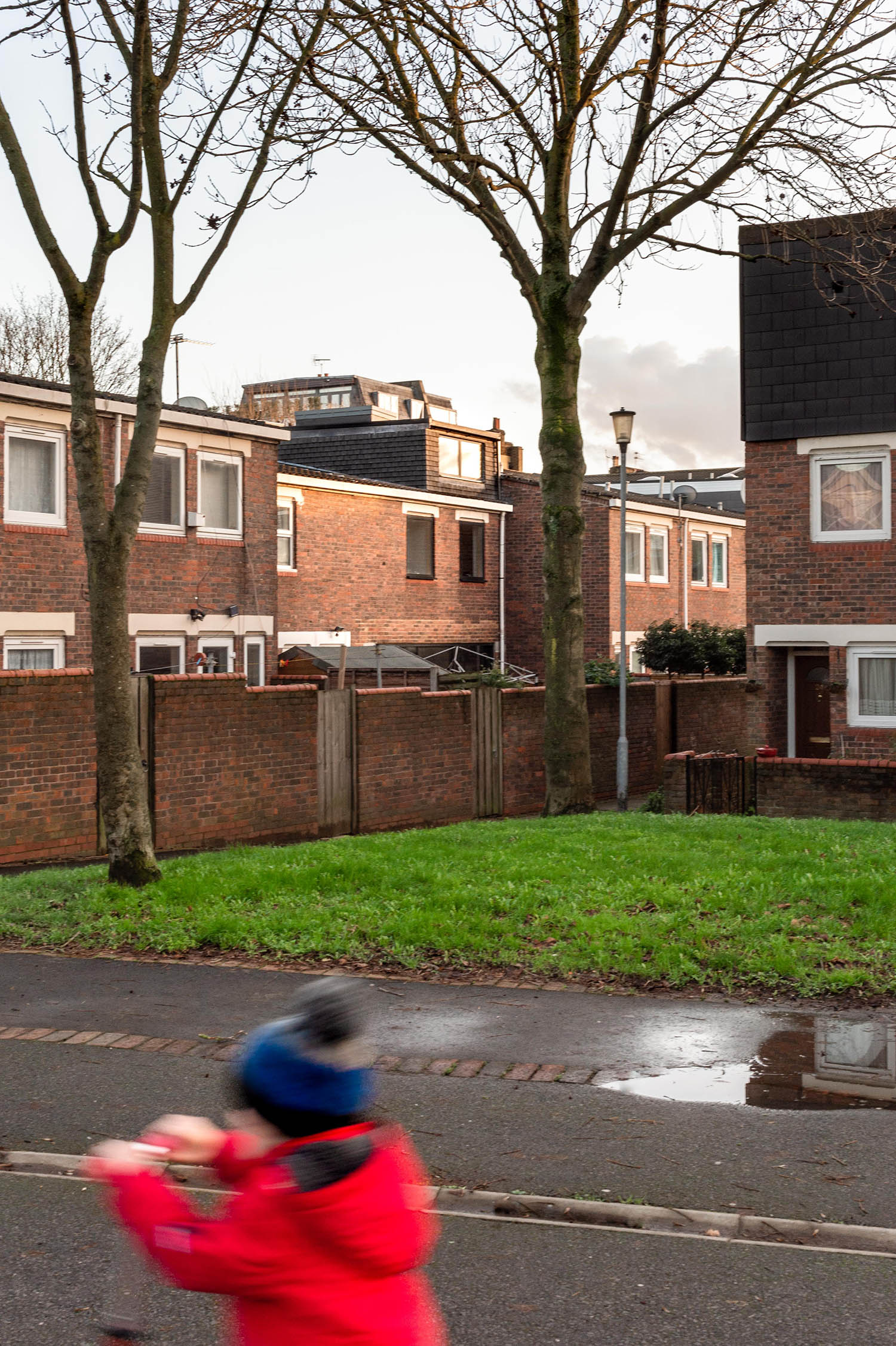 The clients are delighted with their new house and love being able to see their son playing in his new loft bedroom from the hallway window on the first floor, thanks to the split levels.

The starting point for this project was exploring the house in section and we always love starting with hand drawings, jumping back and forth between plan, section and perspective views. It enables us to really immerse into the creative process but also share our ideas clearly with the client. 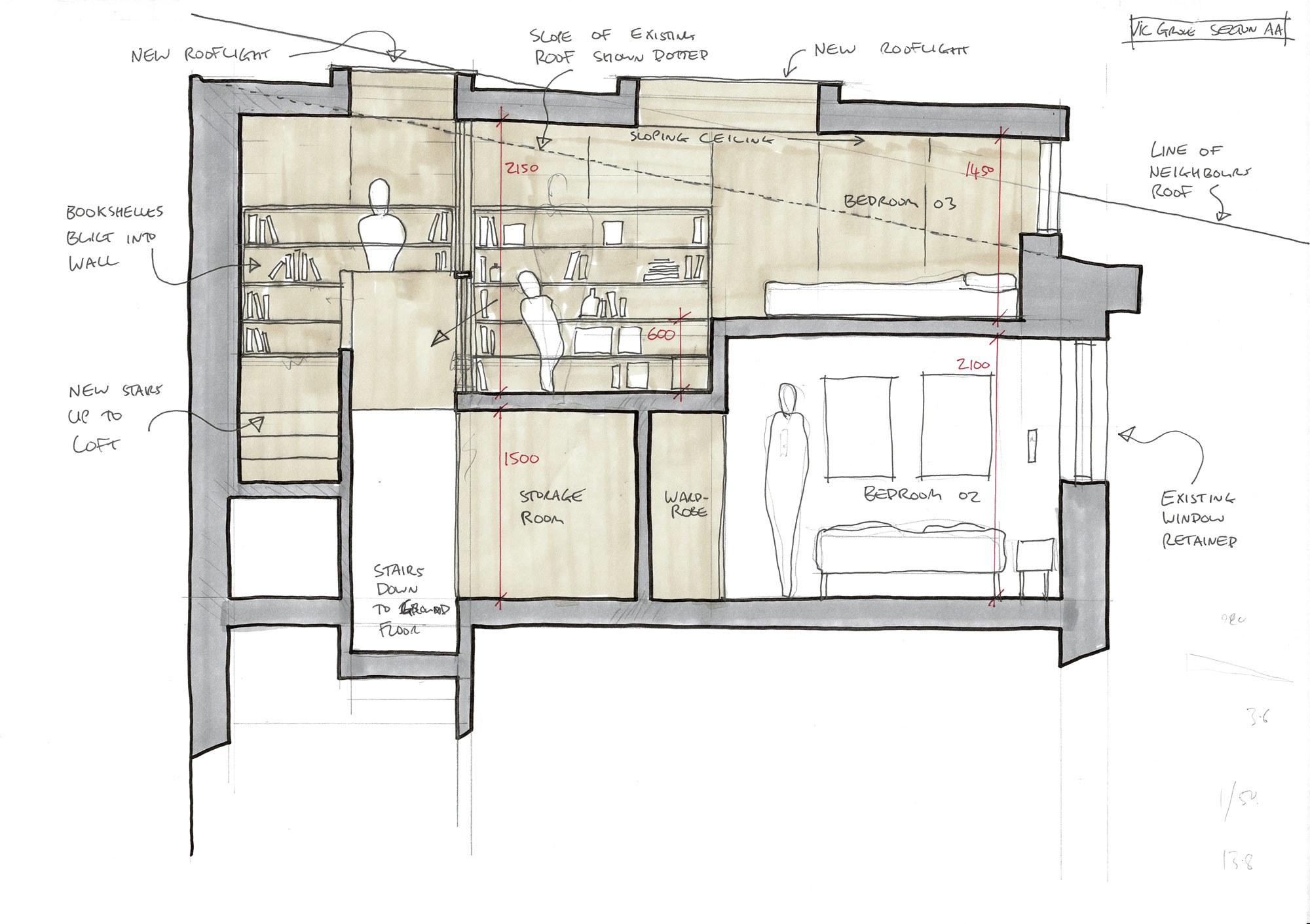 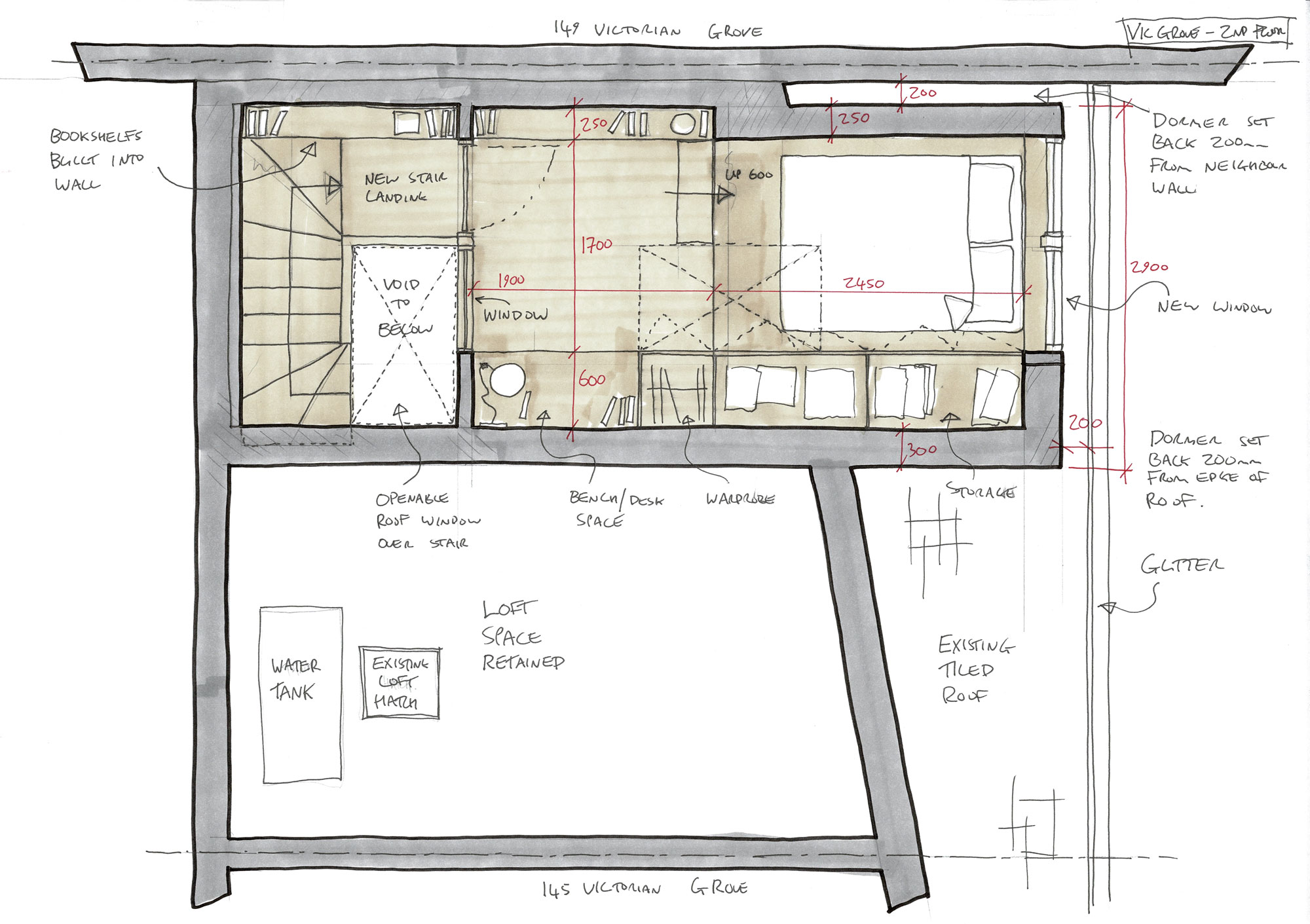 What we love about this project is that, from a design point of view, very little changed from the initial drawings to the completed construction. These drawings show the essence of the idea; the two floors interlocking with each other in section, the stairs being the spacious part linking the two floors and the predominance of timber on most internal surfaces. 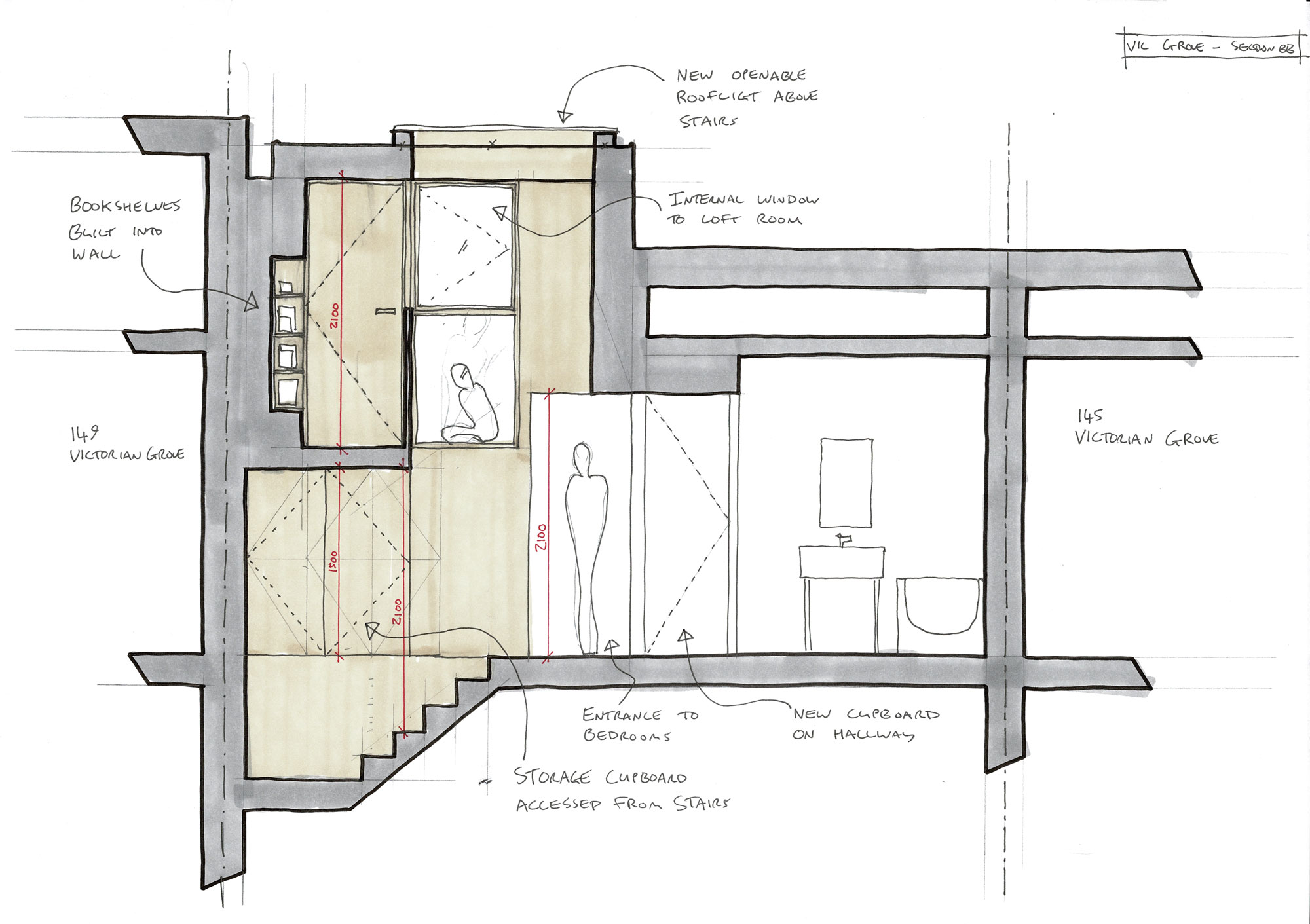 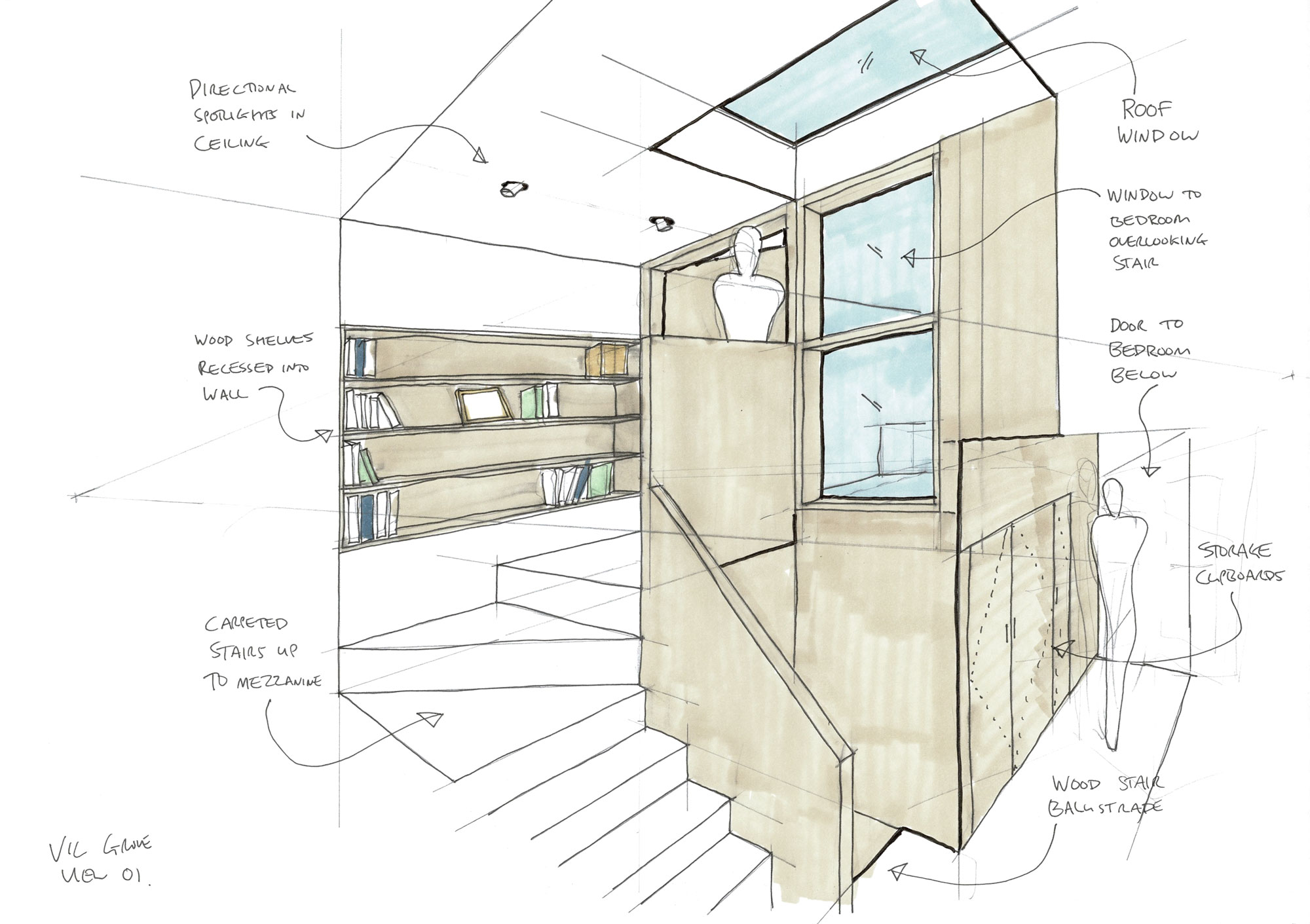 Read full interview with the clients about the project here. 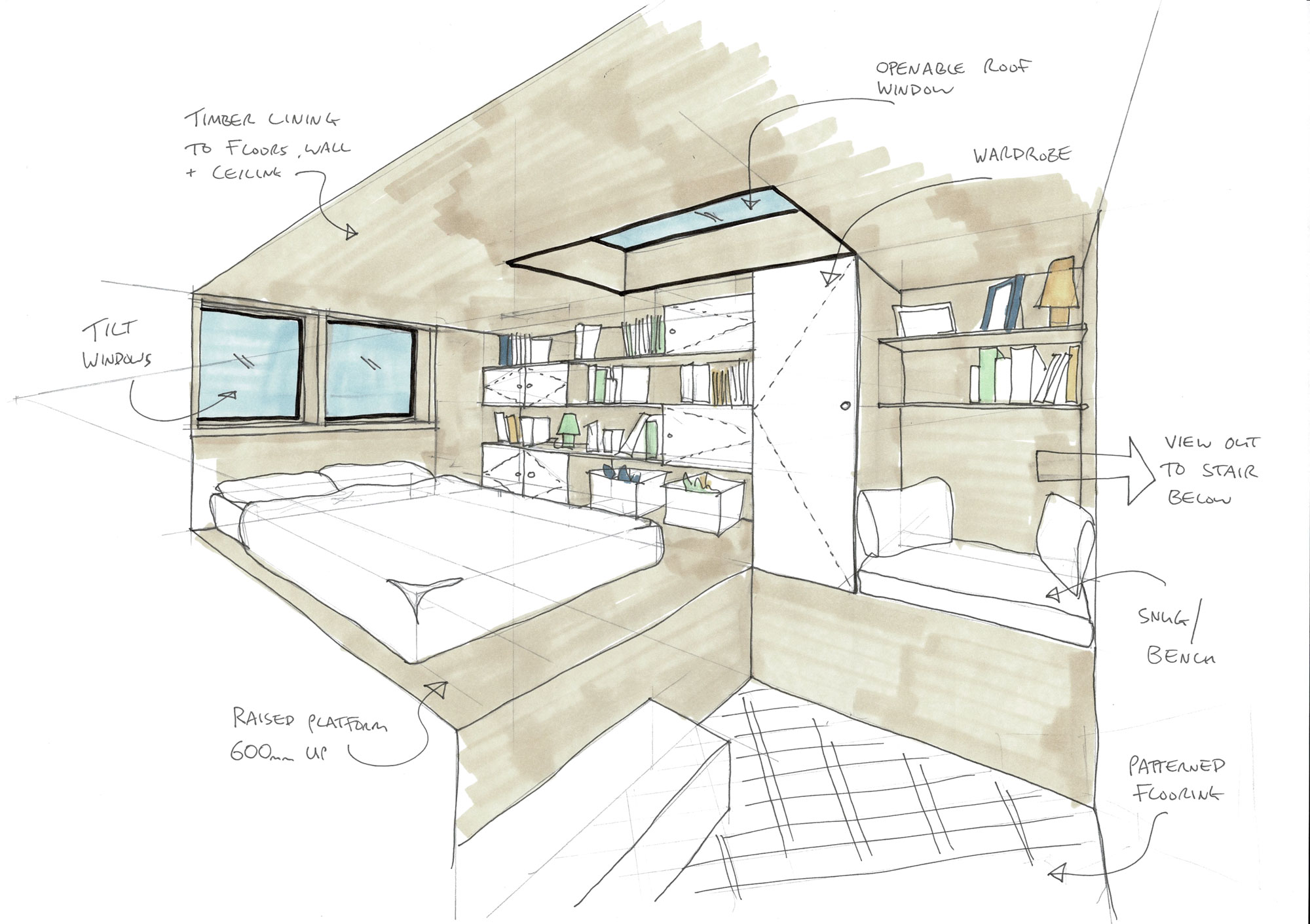 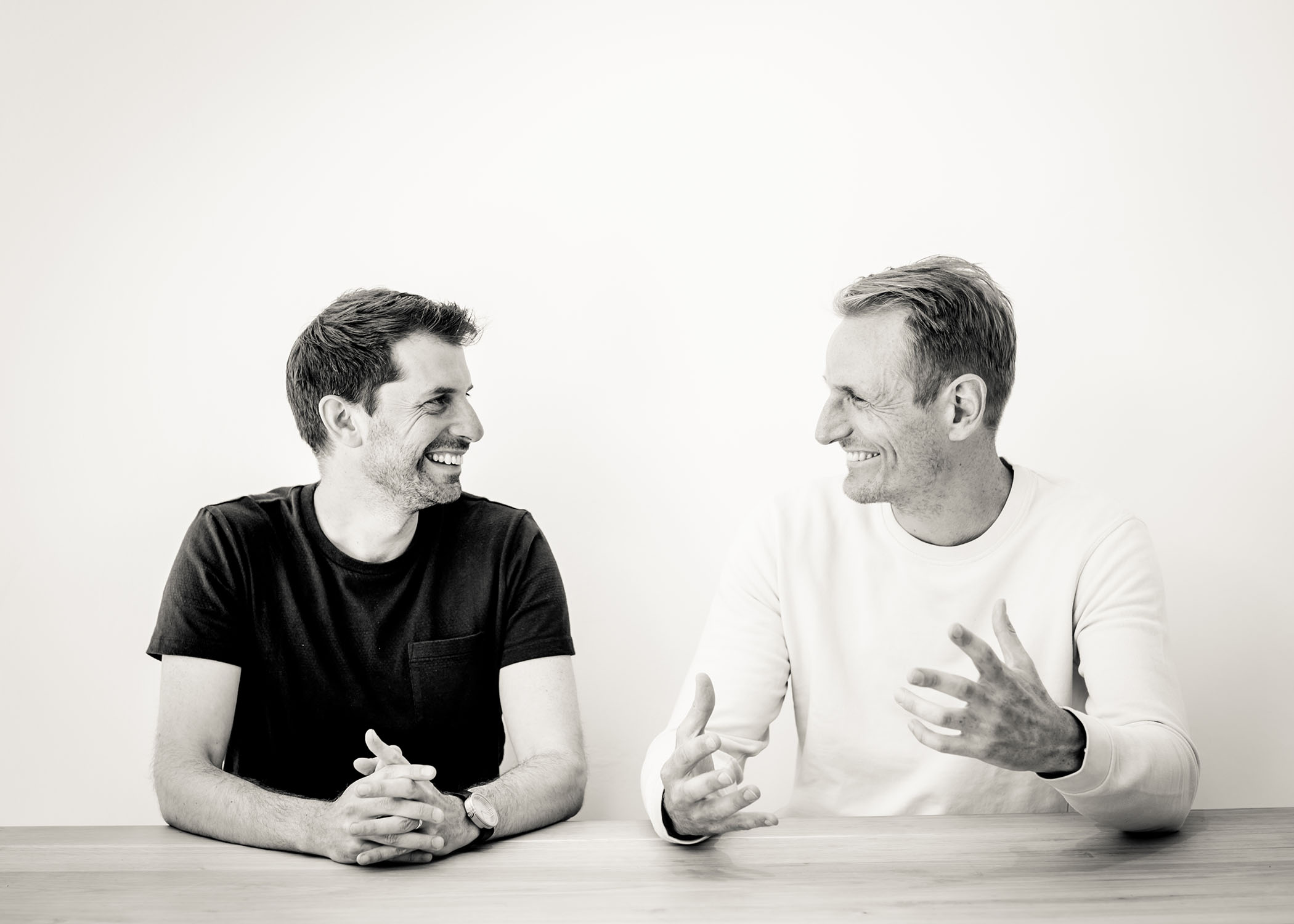 Bradley Van Der Straeten is an award winning architecture studio that specialises in refurbishing, extending and building homes for private clients. Established by friends George Bradley and Ewald Van Der Straeten in 2010 the studio loves creating colourful, fun and liveable spaces. To find out more about our story click here.